Bela is produced from hand-picked grapes, carefully selected from our 25-year-old vineyards situated more than 800 metres above sea level in the Villalba de Duero region.

The climate is continental, and the soil in this area comprises two areas. The first type is sandy loam soil (aromatic wines). The other type is clay loam soil (rich and structured wines), which is more impermeable and has an average depth of one metre and a medium level of carbonates.

The winemaking process is traditional. Cold maceration prior to fermentation in stainless steel tanks followed by nine months of ageing in French oak barrels.

The wine is aged for a minimum of three months in the bottle before being released on the market.

DOWNLOAD BOTTLE IMAGE DOWNLOAD LABEL IMAGE
“Bela’s label is a facsimile of one of CVNE´s label from 1910. The stars represent the children of CVNE’s founder, Eusebio Real de Asúa. His brother Raimundo, the other founder, had no descendants. Each star represents one of the children: Sofia, Áurea, and Ramón. Sofia was known as Bela” 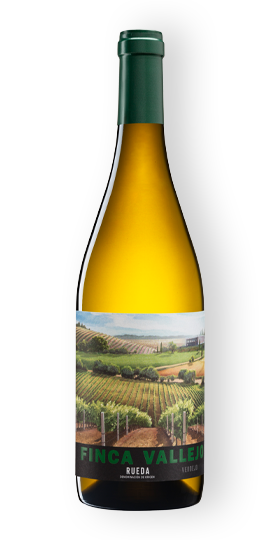 “Finca Vallejo Rueda is an elegant wine, very aromatic. It has a good volume and acidity”
BUY NOW
We use cookies on our website to give you the most relevant experience by remembering your preferences and repeat visits. By clicking “Accept”, you consent to the use of ALL the cookies. Más información
ACEPTARRECHAZARConfigurar
Manage consent